Today's installment of 52 hats is an illustration of a nearly universal principle: If a hat looks ridiculously huge on me, it will probably fit someone with a normal-sized head pretty well. 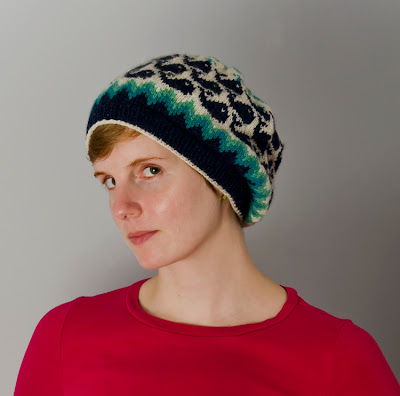 Hmmm... maybe if I was a Rastafarian? 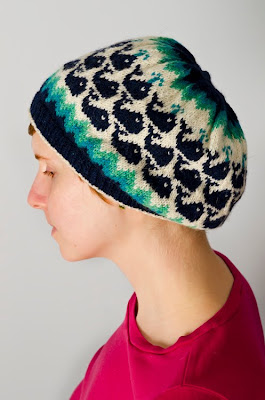 It kind of oozes down the back of my neck 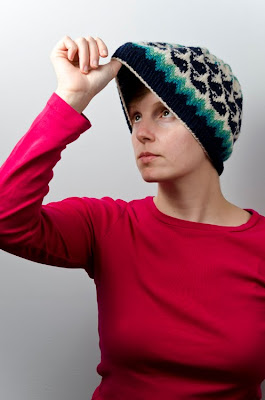 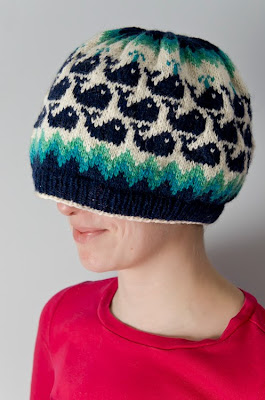 Now let's see it on someone with a less freakishly tiny head: 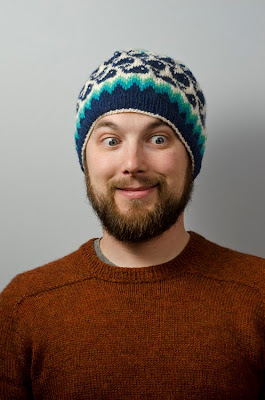 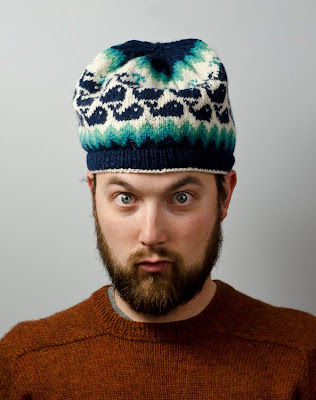 Yarn: Harrisville New England Shetland. I purchased a you-know-what load of this yarn to make Caller Herrin'-- evidence of which has not appeared here since August. In the meantime, I discovered I had the colors needed for Whale Watch. After completing both hats, I still have LOADS leftover. No complaints-- I'm looking forward to a few pairs of colorwork mittens.

Pattern: Whale Watch Hat by Kate Gagnon Osborn.* I was smitten from the moment I saw this in New England Knits, but I can't really say I had fun knitting it. I love colorwork when the patterns are small. I fairly flew through the Setesdal Love Hat-- both times I knit it... These whales are a different story. I had to continually re-tension my yarn to deal with the long floats-- tedious, in a word. This isn't really the fault of the pattern, just the reality of stranded knitting.

Etc: If only I could convincingly swear off knitting these kinds of patterns, I would probably cut my profanity usage by a significant percentage... but I can't deny that the result is adorable. I just need to find a head to put it on!


*I apparently love her designs-- this is the fourth I've knit for this project!
Posted by Aimee at 10:07 AM