I had a productive, fun-filled, and restful weekend, so I think I'm ready to face hat 47: 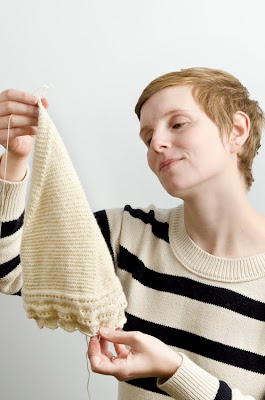 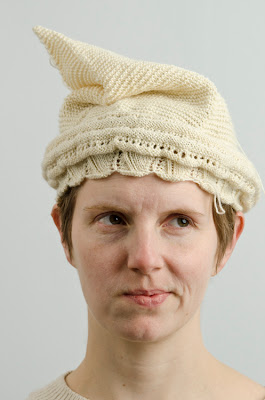 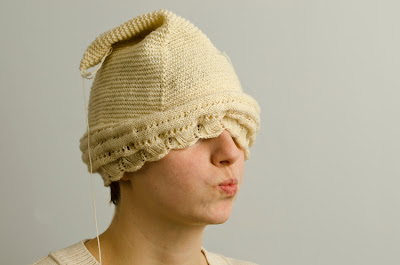 I know I have a tiny head, but this is ridiculous.
Reading the pattern, I had my suspicions that it would be too big-- the suspicions were confirmed when I finished the brim section. But... rather than start over immediately and risk delaying production on my final five hats, I decided to keep knitting. On and on and on and on... there's enough time in one week to knit a huge hat that you know will not fit, but not half of a huge hat plus one whole normal sized one. Not in lace weight yarn on size zero needles, anyway.

SO, for the purposes of 52 hats, I'm going to consider this done. Come December 1st, I'm ripping it out to start anew-- should have plenty of time to finish before Christmas... right?

Yarn: Malabrigo Sock, which, in my opinion, is lace weight. It is soft and lovely, but I can't imagine making socks from it-- I don't think it would stand up to that kind of abuse.

Pattern: 1840 Nightcap by Franklin Habit-- a scrumptious pattern adapted from a vintage knitting book. My only quarrel is with the math-- 208 stitches at 8 stitches/inch does not yield a 22 inch circumference, at least not in my universe. For my redo, I'm going to cast on 169 for the lace border, then increase to 171 for the brim and crown-- and instead of 4 decreases every 3 rounds I'll do 3, so the length remains the same.