In the thick of all the hat knitting, I used to know exactly how I would spend my time once it was done-- in reality, I'm drifting a bit. Enjoyably so, and I'm trying to savor this more relaxed relationship to my yarn and needles. They've still been pretty busy: 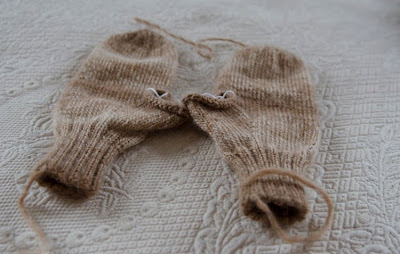 These should have thumbs by midnight! 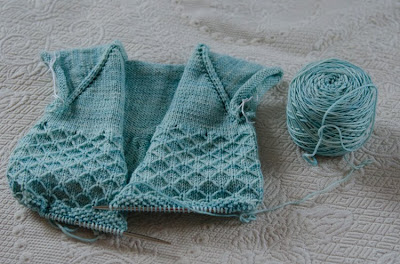 I heart baby knitting-- and NO this is not for me.

What else do I have in mind, now that I'm not frantically knitting (and posting) hats? I have no plans for another grand, year-long project. Once was perhaps enough... but there's lots (and lots and lots) of other stuff I want to do!
First of all, I'm long overdue to make myself a sweater. For some reason, no yarn or pattern ever grabbed hold of me with any urgency, but that has changed. I fell hard for one yarn in particular-- fuzzy, nubbly Shelter from Brooklyn Tweed-- and a sweater that goes with it. So I'm ready to head for that milestone.

At the same time, my mind is now swimming with design ideas-- they appear as soon as I shut my eyes to go to sleep!-- and I feel that my skills might finally be equal to executing a few of them. I already have a handful of hat patterns to write up-- though, predictably, my samples are now scattered to the four winds. I'm hoping memory-- and my Ravelry notes-- will help me reconstruct them...
I also see myself doing a lot more of this: 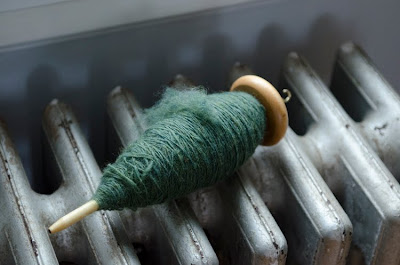 This will soon be my second skein of handspun! 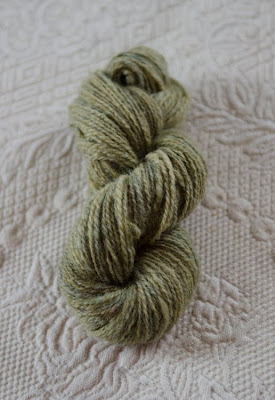 Here's my first-- I'm quite proud of it.
What can I say, I really needed a break from all the hats, so I bought a spindle and some fiber at the Common Ground Fair in September. I promised I would wait until my vacation in October before I laid hands on them... I didn't last a day.

I'm a bit more apprehensive about this contraption: 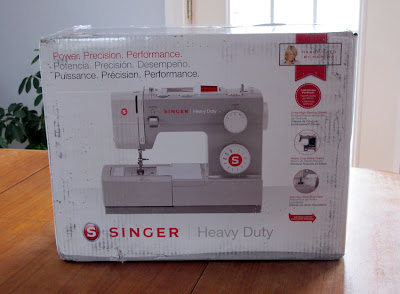 It's only been out of the box once since last Christmas!

But all of the cute dresses and skirts I've been imagining-- to go with my hand-knit sweaters, naturally-- are not going to sew themselves. I'm a near-total novice, but I have dreamed about sewing my own clothes for years. Maybe the hat project has finally given me the guts to go for it...

So, sweaters, design, spinning, sewing... doesn't seem like I'm going to have much time for blogging. It seems natural to for this blog to end with the project that spawned it, but I've been thinking a lot about whether I should-- or want to-- continue writing a blog. I'll spare you the details of my rumination... the short answer is YES I do! I think I would miss reflecting on my projects and the process of making them. So a new blog is in the works-- I don't quite have it up and running yet, but when I do, I'll post the new address here.

Now if you'll excuse me, I have some thumbs to make and some ends to weave in before midnight-- and some champagne in the fridge that isn't going to drink itself. A very happy New Year to you all!