Let us, for a moment, return to August-- which, for me, was Beanie Month. I'd like to share a prime specimen of that noble species, knitted in August-- and photographed on a late September day that felt much like August. I'd like to thank the weather participating in this time-travel experiment. 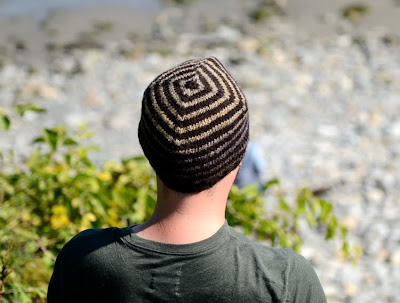 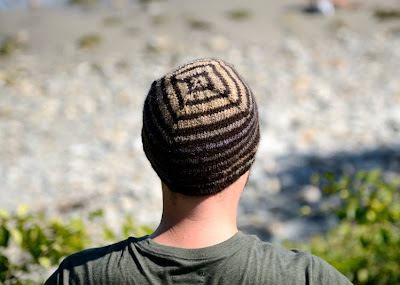 Notice anything different? I started running out of dark brown yarn toward the end of the second hat, so the Noro stripes gradually got wider... Let's get a side view: 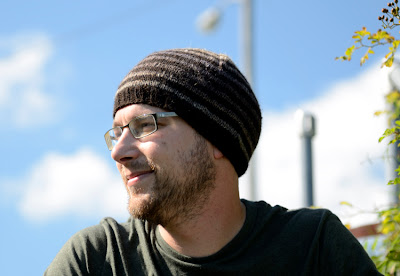 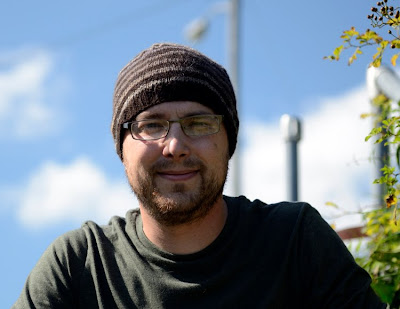 There's a face that says: "It's 85 degrees, can I take this wool thing off my head now?"

Yarn: One skein Noro Silk Garden, almost one skein Berroco Ultra Alpaca-- and after two hats, there's very little left of either. I've never worked with Noro before, and I think I'm in love.

Pattern: Turn a Square by Jared Flood-- and whilst collecting the link, I noticed that I worked the decreases incorrectly. D'oh.

Etc: Thank God for beanies-- they saved this project from utter ruin. I still have a moderately alarming backlog of hats to share, but by my unofficial count I have a mere 11 hats left to knit!
Posted by Aimee at 10:55 AM